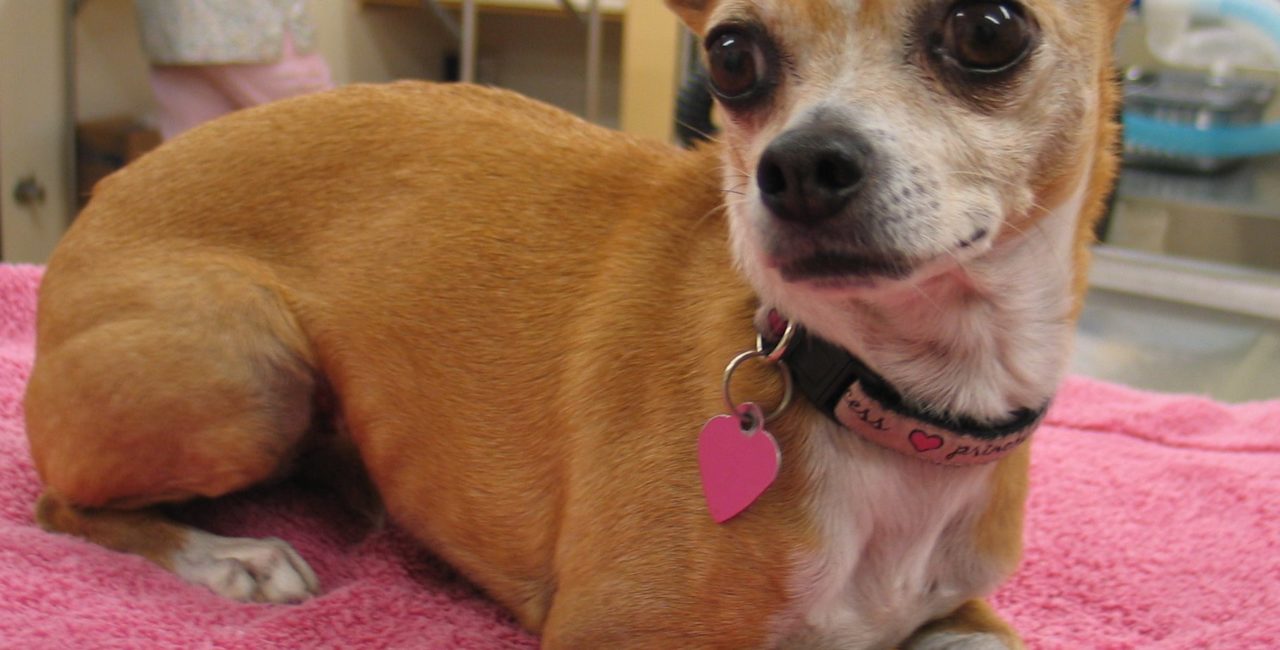 Weighing in at just over 7 lbs, Sweet Pea is one lucky chihuahua. Her owner Chelsea Weir of Trenton noticed the lump in one of her breasts before it got very big and chances are good the disease can be controlled, even if it turns out to be malignant.

Breast cancer is even more common in unspayed female dogs than it is in women. One in four dogs that is not spayed before she has more than one heat cycle will develop a mammary tumour. Pups that have their ovaries removed before they have any heats at all rarely, if ever, get breast cancer. I usually recommend the sterilization surgery at about six months of age to be sure we get in there earlier enough.

If you have a female dog that was not spayed before she was mature, you should be checking her breasts for lumps and bumps. The average dog has nine mammary glands running along the chest and abdomen from the “armpit” area to the groin. Check from front to back, especially near the nipples and report anything suspicious to your veterinarian. Taking a wait-and-see approach can be fatal.

The treatment for most mammary cancer patients is mastectomy, meaning we remove one or all of the mammary glands and often nearby lymph nodes too. As you can imagine, with all the tissue stretching and damage, this surgery is hard on patients and, unfortunately, not always successful. Malignant tumours may have spread before we can remove them. Just like in women, radiation and chemotherapy can be used to increase survival times, but early intervention is better. Prevention is best.

Studies have shown that masses larger than 2.5 cm have a worse prognosis than smaller ones.

Cats also get breast cancer, but the disease is less common than in dogs. Unfortunately, when it does happen, the prognosis is more serious. About 90 per cent of mammary lumps in cats are malignant.