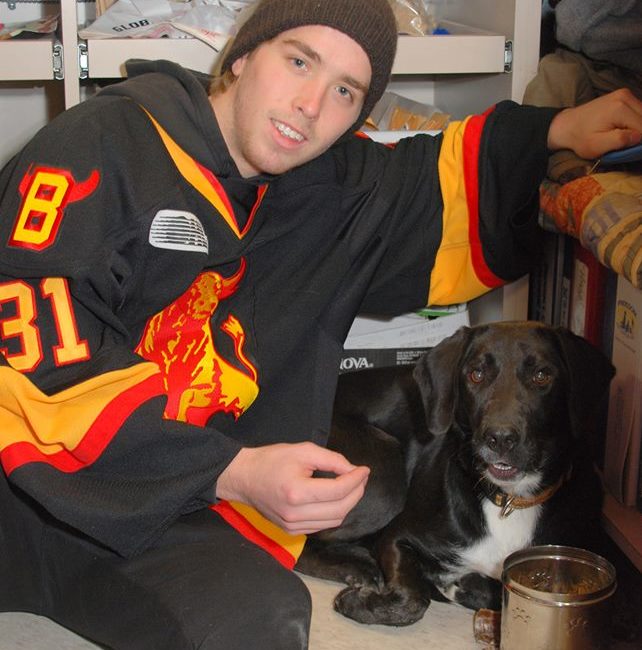 On January 7th myself, my wife, Darlene Quincy (from Fixed Fur Life) and about a dozen Belleville Bulls hockey players showed up at Global Pet Foods in Belleville. We were there to to have photos of the players taken with some adoptable Fixed Fur Life cats. These photos will be auctioned off during the Pucks4Pawz game on January 25th.

While we were there and most of the players were waiting to get their photos done, Charlie Graham spent over 20 minutes on his knees behind the front desk (good thing goaltenders are flexible!). Charlie was trying to make friends with an abused hound dog named (appropriately) “Charlie” that Fixed Fur Life is working with. Charlie (the dog) is terrified of people right now, particularly strangers. In spite of this Charlie (the goalie) spent 20 minutes on his knees in front of him trying to make friends. By the time we were almost ready to leave Charlie (the goalie) was cuddled up next to Charlie (the dog) and feeding him treats. 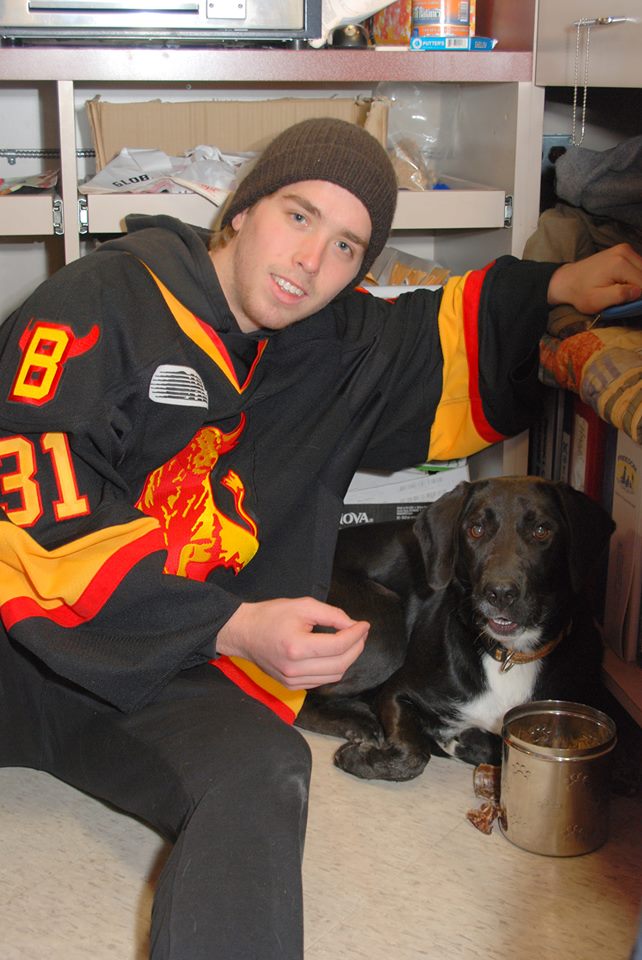 This is a testament to what a wonderful young man Charlie Graham is. Charlie (the dog) had not allowed a single stranger to approach him or feed him treats up until then. I am sure that Charlie (the goalie) has no idea what an impact his patience and kindness will have on this dog. It only takes a few instances of someone treating him this way and he will begin to open up and start losing his fear of people.