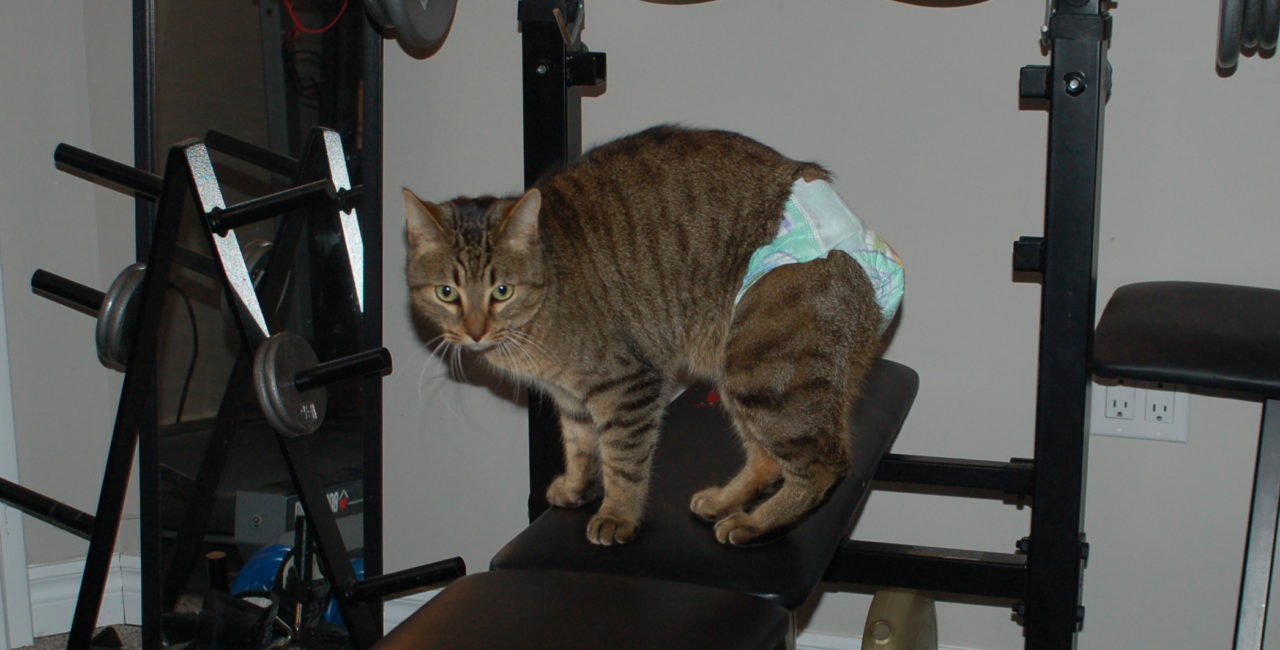 Inside Most Fat Cats There’s A Lazy Cat

It’s January. Time to take off all those extra pounds kitty put on last year and she’s not likely to be an enthusiastic exerciser. Apparently dogs can be taught to use treadmills; there’s quite a market for them online. Most YouTube videos of cats and treadmills don’t involve a lot of action. 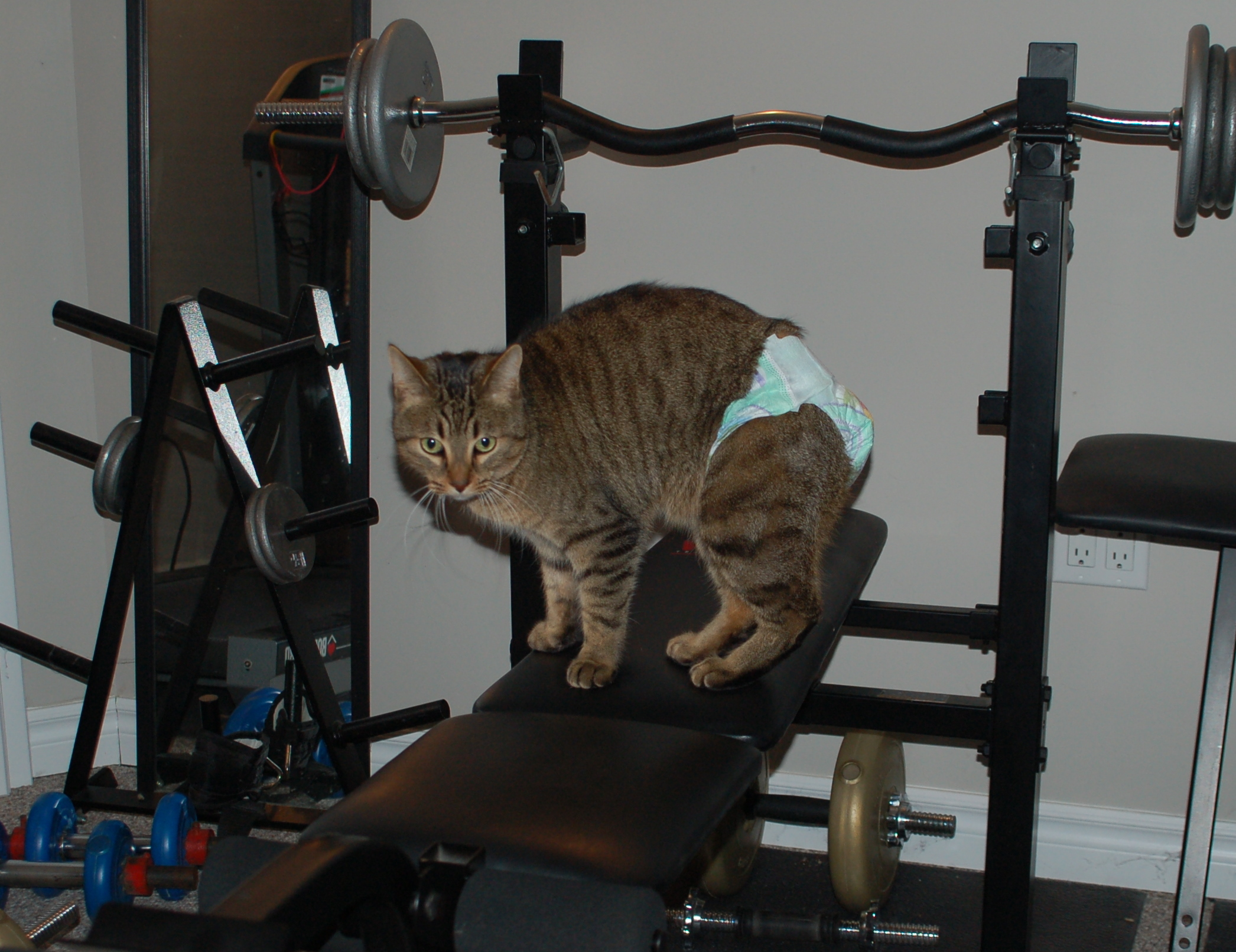 Just like for most human diets, weight loss in cats involves one basic principle – calories in must be less than calories out. Dedicated dieters understand portion sizes, can identify and weed out high calorie foods and have a rough idea of how much they can eat without gaining weight. So how does that translate in the fat kitty world?

Let’s start with calories out. For most fat cats, that’s a pretty small number. The average cat spends about 18 hours a day sleeping and many fatties fill the remaining 6 hours with lounging between meals. My brother’s once enormous kitty laid down to eat. Depending on ideal body weight – between 8 and 12 pounds on average – cats use up 150 to 250 calories per day. For you and I, that’s the equivalent of a piece of toast and an apple. To lose weight, we would either need to cut out the toast or go to the gym.

Regular dry cat foods generally contain 400 to 500 calories per cup, so half a cup of food could be too much for your fatty. It doesn’t seem like much does it? But more calories make more cat. You can’t escape the math.

Despite my earlier comments, it is possible to get cats to exercise, even if it’s just to bat at a toy. For some fat cats, any movement at all provides a proportionately large increase in calories burned. Combined with sensible calorie restriction, several 10-minute play sessions a day can slowly translate into weight loss. You don’t want your kitty to lose more than one per cent of her body weight per week.

Since it can be quite dangerous for fat cats to have their food restricted too much, the best way to come up with a weight-loss diet is with your veterinarian’s help. The time and money invested now can head off diabetes, joint problems and skin disease associated with obesity.

A website called Binky’s Page provides lots of nutritional information for different cat foods. You can also search Veterinary Partner for advice on feline obesity issues or clients can stop in to chat with Alicia at the Hillcrest Food Room.