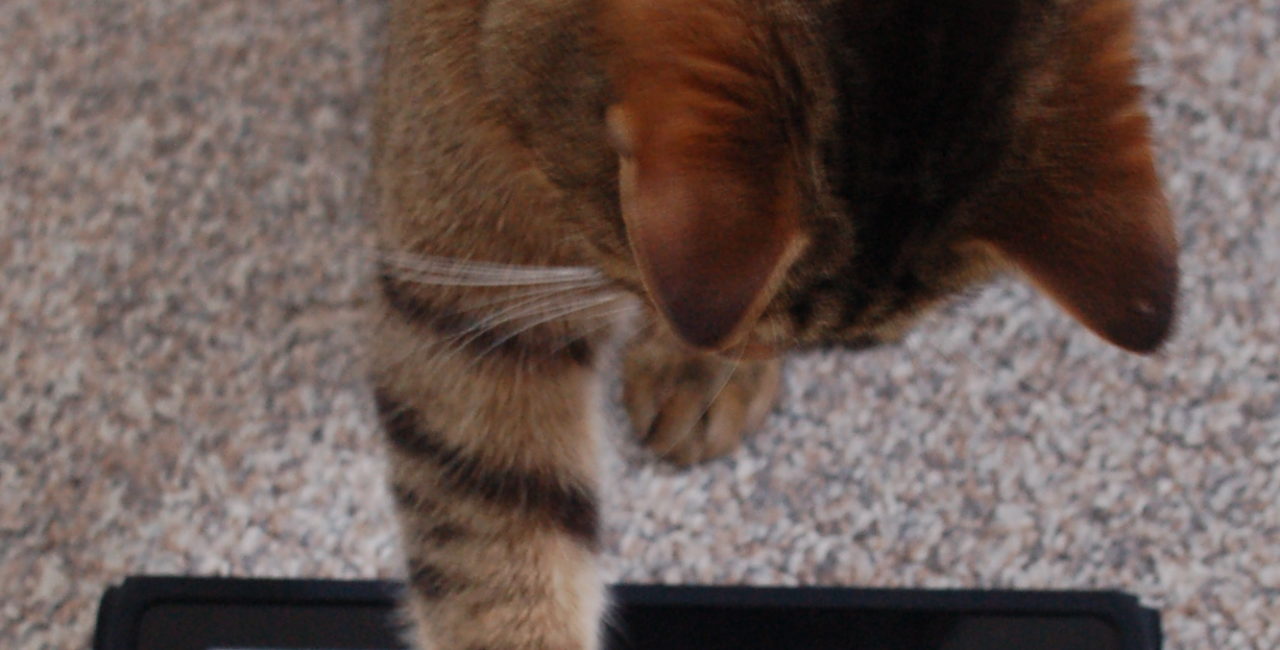 Ipad Apps Go To The Dogs (And Cats)

When I turned my iPad into a squeaky toy for dogs, a little voice kept asking, “isn’t there something less than brilliant about this idea?” It was the same voice that nagged me about loading a cat toy game on the iPad, then turning our big tabby Clinck loose on it, claws and all.

I just couldn’t resist the unknown in either situation. As it turns out the Cat Toy “app” for tablet computers is great fun for Clinck who loves to bat at the computer-generated mousy, making her squeak and run around her 3-D box. I cheaped-out and got the free version although I hear the upgrade offers a selection of prey including spiders and ping pong balls. Weirdly, most cats seem to go craziest over the balls.

Cats being what they are, some refuse to even acknowledge the screen toys. Happily, Clinck is entertained, but not overly enthusiastic and keeps his claws sheathed when slapping mousies.

Now, about the Doggie Toy app…the good thing is an iPad is too large to be swallowed and I didn’t have to schedule emergency surgery. Keep that thought in mind if you decide to load the squeaky toy program onto a cell phone. The stories are true – dogs do swallow cell phones, on their own, without any encouragement. Veterinarians love to trade tales about foreign bodies they have removed from dogs, labrador retrievers being the most frequent culprits. I’ve seen xrays and photographs of the post-surgery hauls. Along with phones, dogs have eaten just about everything you can imagine including television remotes, hammers, entire nativity sets, and lots and lots of underwear. A phone that sounded like a squeaky toy would not stand a chance. If you doubt, have a look at this link — lab eats cell phone.

Happily, my squeaky iPad survived its owner’s unfortunate curiosity. Doggie Toy App dutifully made loud, believable squeaky-toy noises when the iPad was shaken and my poor dog went berserk. He barked and just about turned inside out in a frenzy of uncertainty. What to do? What to do? It didn’t look like a toy, but it sounded like one. Bark bark bark. And then, he mercifully spotted his squeaky stuffed squirrel toy under the chair and killed it on the spot. Well, the Doggie Toy reviews did say it drives dogs nuts.

I feel bad for creating such conflict for poor Tate and promise not to do it again, but I’m still laughing.