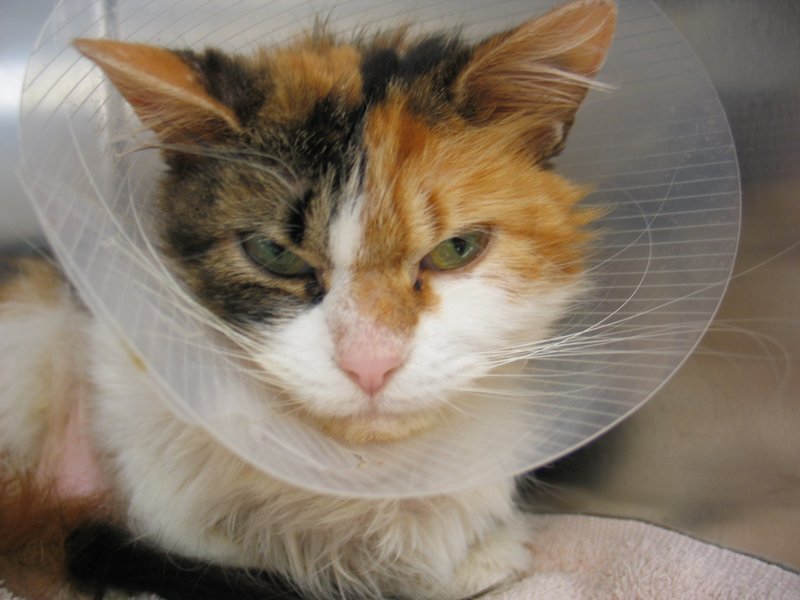 Only her genetics professor knows for sure

I’ve always wanted tortoiseshell-coloured hair. Fiery red and ebony black all mixed together. It’s not something even my amazing hair stylist could manage. I guess I need different genes.

Cats come in such beautiful colours and patterns, tortoiseshell is just one. And the genetics of feline coat colours are as fascinating as the cats are beautiful.

Once, long ago, I gave an inspired talk to a client about why her new calico kitten

was almost certainly a female, no matter what she had been told by the animal shelter staff. I explained, with the help of some dazzling diagrams, how the genes that create orange and black patchwork colouring are linked to the sex chromosomes. In order to be black and orange, a male cat would need two X chromosomes like a female, instead of the standard issue of one. I neglected to consider that about one in 3,000 cats will have messed-up sex chromosomes. I was looking at a male calico that day, although I’ve never seen another.

For the record, there doesn’t appear to be an authoritative ruling on the distinction between a calico and a tortoiseshell. Calicos are generally thought to have more distinct red and black patches, with white areas scattered about, but there are variations on the definition. The mix of red and black is the result of a genetic process called “Lyonization”.

Genetics also dictates that only one in four orange cats will be female. If a cat has a white coat, she has a gene that masks other colours, sort of a biological bleach.

The tabby-striped coat is thought to be the original or “wild” coat type of domestic cats. The pattern occurs in many colours, but the most common is brown and most tabbies have a prominent M-shaped stripe on their foreheads. Folklore about the tabby M abounds, but I’ll leave you to search those stories out if you’re interested. My logic genes suggest that DNA has a hand in that trait somewhere.

Continuing on with genetics class, solid coat colours in cats are most often caused by a gene that suppresses the tabby stripes. Just to complicate matters, even tortoiseshells and calicos can have tabby in their coats, in which case they are called torbies or patched tabbies. There’s even something called a caliby, but she sounds awfully mixed up to me.
There is a belief borne of painful experience among veterinarians that tortoiseshells and calicoes in all their many permutations are often born crabby. Whatever that Lyonization process does to their colours, sometimes it also gives them an unfortunate attitude, particularly towards veterinarians – something known in the trade as “tortitude”. Conversely, orange male kitties usually seem quite sweet. True or not, maybe I should be dyeing my hair orange, not tortoiseshell.