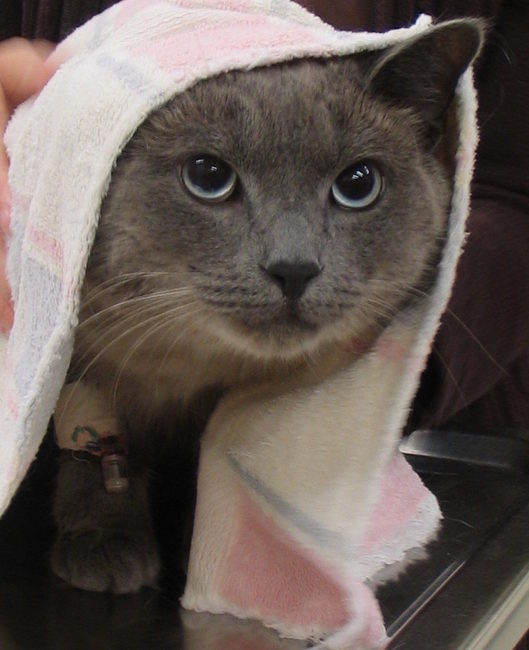 Kitty’s close call should be a lesson to us all

They have four legs, shed a lot and like to hog the bed, but otherwise cats are nothing like dogs. Please don’t give medications designed for canines to your cat and that includes pest prevention products.

A couple of weeks ago another poor kitty came in to us wide-eyed and twitching after his owner’s Mum treated him with their big dog’s flea and tick drops. To avoid embarrassing Mum who already feels terrible, we’ll keep names out of this, but “Kitty Incognito” was lucky to avoid severe seizures and death as a result of the poisoning. His family gave me permission to talk about the case to help save other cats.

Specifically, Incognito was treated with a product called Advantix, which is available only through veterinarians. From the start, my boss declined to sell it to households with cats because he was afraid it would wind up on the wrong pet. The rest of us at Hillcrest thought he was being overly cautious. Bayer, the manufacturer, says it’s quite safe if cats are kept away from treated dogs for a few hours while the pesticide drops dry. That works well if you don’t apply it directly to your cat.

Advantix contains permethrin, a synthetic pyrethroid insecticide that is highly effective against ticks. It also contains imidacloprid, the same flea-killing agent found in another Bayer product called Advantage. Imidacloprid is safe and effective in both cats and dogs. Permethrin, however, can kill cats because their bodies are extremely sensitive to its effects.

No doubt the similar names – Advantix and Advantage – have caused other dangerous mix-ups like the case we saw at Hillcrest recently. Always keep product packaging so manufacturers’ warnings don’t get forgotten. Called “K9 Advantix”, the product box is clearly labelled, “Do Not Use in Cats.”

Incognito was brought to us 12 hours after Advantix was applied. He had been a bit lethargic and, by morning, was starting to twitch and tremble. Although we don’t know why, permethrin affects some cats more quickly and severely than others. I had a feline patient years ago who had uncontrollable seizures less than an hour after being treated with a pet-store permethrin product for dogs. 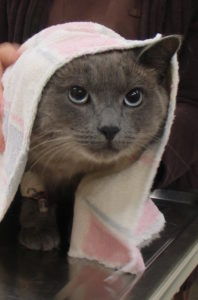 As soon as he came in, we placed an intravenous access catheter in Incognito’s leg, injected an antidote for the tremors and started a series of baths with Dawn dish soap. That particular dishwashing liquid is an amazing cleaner and degreaser for emergencies. It is used on wildlife rescued from oil spills.

At last check, Incognito was back to his old self at home, playing with Dad and responding with much joy to can-opener sounds. He was prescribed oral doses of the antidote for a few days after discharge.

There are many products containing permethrin and other pesticides that can kill cats. If your cat is exposed, don’t wait for symptoms, contact your vet. Immediate bathing can limit absorption, but don’t delay medical attention, especially if twitching has begun. Baths can also cause complications for cats that are already symptomatic by lowering body temperature.