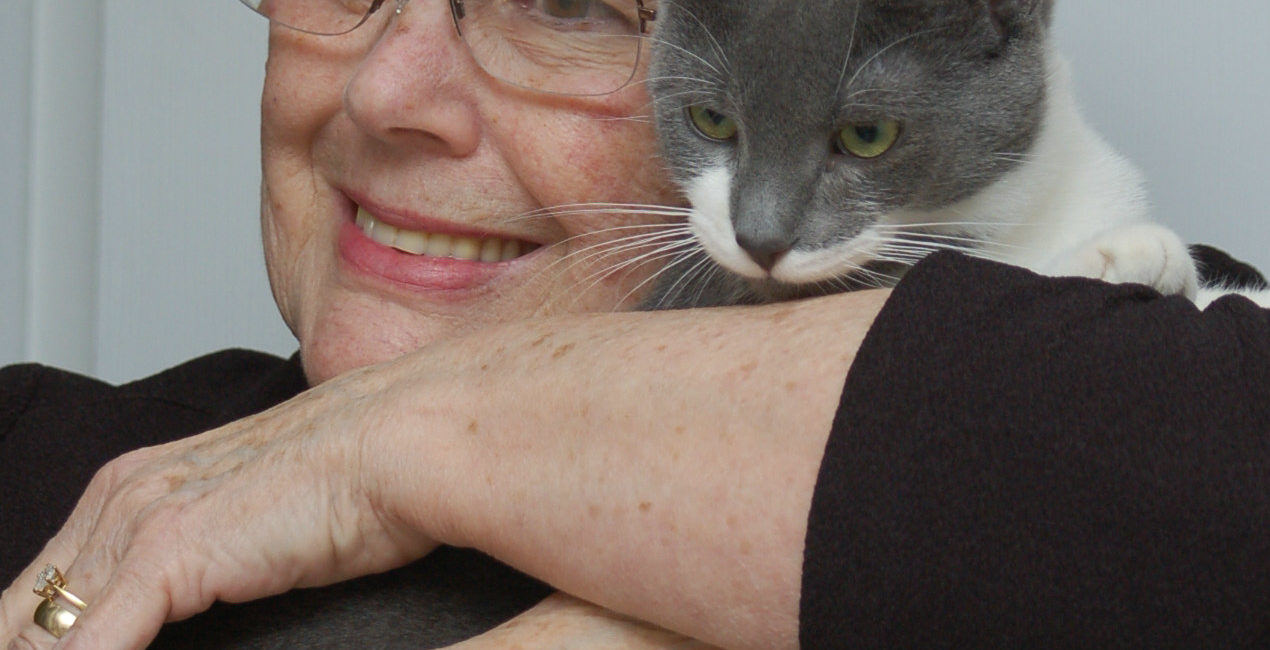 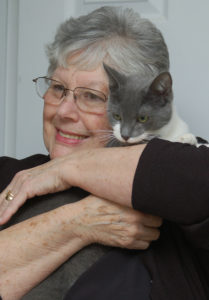 After waiting nearly 30 years, I finally got to meet Donny Osmond and he totally stole my heart, rubbing against me, twitching his tail happily. Doreen Osmond, the kind lady who took Donny in after a serious car accident, gave us a lot of laughs with her choice of name for the cat. We only have one Donny Osmond on the books at our clinic, although there are lots of other fun animal names (we even have a long-haired black cat named “Pumpkin”!).

Years ago, working as a government flack, I helped publish the Registrar General’s annual list of “most popular baby names”. If memory serves, “Mike” was endlessly the top pick for boys. It seems the pet equivalent is “Max”, which has long been at the top of the list for both dogs and cats.
According to a recent survey of veterinarians, the five most popular cat names last year were Lucy, Smokey, Midnight, Bella and Molly. Tops for dogs were Buddy, Max, Daisy, Bella, and Lucy. And, yes, we see lots of Midnights, Bears, and Bellas. We also have many more unusual names on record.
Padre Sid Horne and his wife Helen adopted two crazy kittens some years ago to keep life interesting. The first was named for her hurricane qualities – Cat-rina. More a lady, the second addition is called Jenny-purr. Forgive me Padre if I have messed up the spellings.

Poor Jennifer, our head receptionist, does battle with knights of the round table, literary figures and mythological spirits every time Carstutz Cattery produces another litter of Maine Coon kittens. Uther, Galadriel, Igraine – could you spell that please, Will?

Picking names for our pets can be as easy as “he was always Stinky, so the name stuck,” to following a carefully preserved theme. Betty Stack has had cats named Chimney, Smoke, and Soot. I don’t think she has resorted to Hay yet.

A colleague had a rather bad-tempered lawyer for a client. He named his shih tzu “Sosume”. And another vet reports the weirdest name she ever heard was FGVDL, pronounced fig-veddle and chosen because that’s what the kitten typed on the computer while walking across the keyboard.

You can also get creative with the sounds of names. We had a wonderful dog patient named Ben, with the last name Shimmin. I didn’t get it until calling his name in the waiting room one day. Along similar lines, there is a Dover family with a dog named Benjamin, which sounds fine until you shorten it to “Ben”. This is a good example of how having pets to name allows us to save our children from schoolyard infamy. There is a Mr. Aerni (pronounced Ernie) in the States with a dog “Burton” and an eternally grateful son named something else entirely. Dr. Steen has a friend who has a cat named “Askem”, which only sounds funny when you ask the owner what the cat’s name is.

Naming pets can even be controversial. A few years ago, Brazilian legislators tried to ban the use of human names – think Mike or is that Miguel – for pets. Apparently a scientific study had uncovered cases of depression in children that shared their names with pets. On the flip side, research has shown that pets with human names tend to receive a higher quality of care. There must be an endless supply of grant money for research…

One last thought, when naming a new pet – think about how you will sound standing on the porch in your housecoat calling “Here Ichybum”.