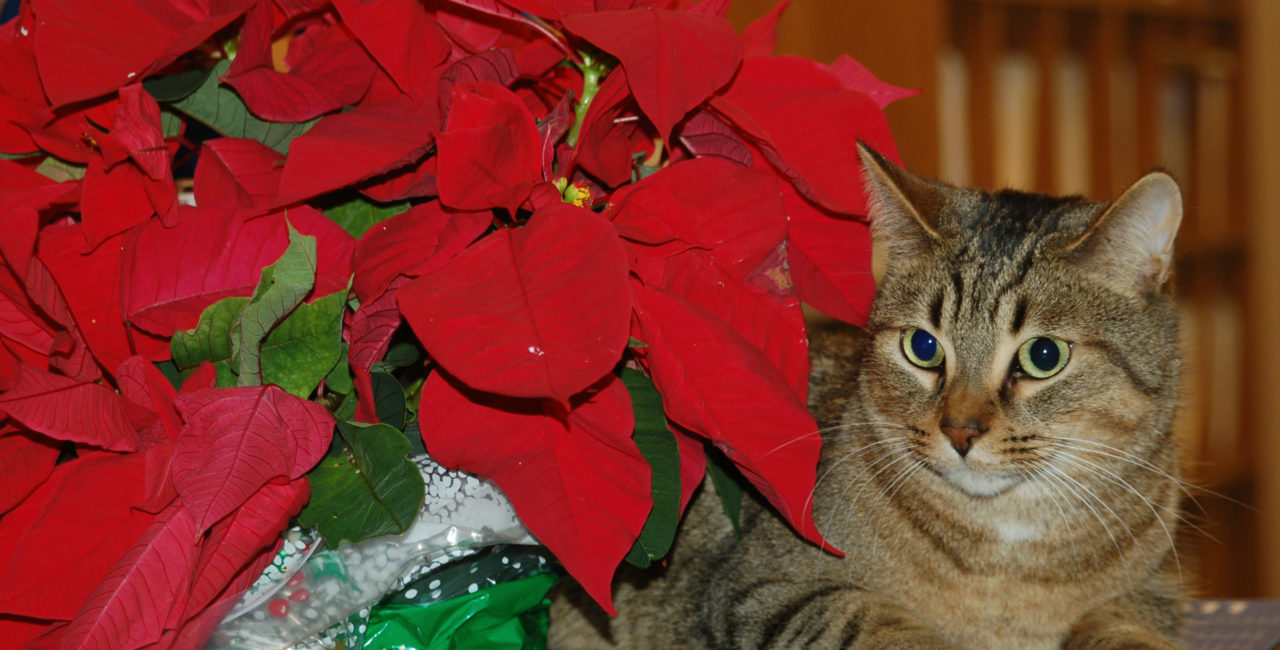 Poinsettias Get A Bad Rap

Banned from many houses because they are considered toxic to pets, poinsettias aren’t a smidgeon as poisonous as several other trappings of the holiday season. 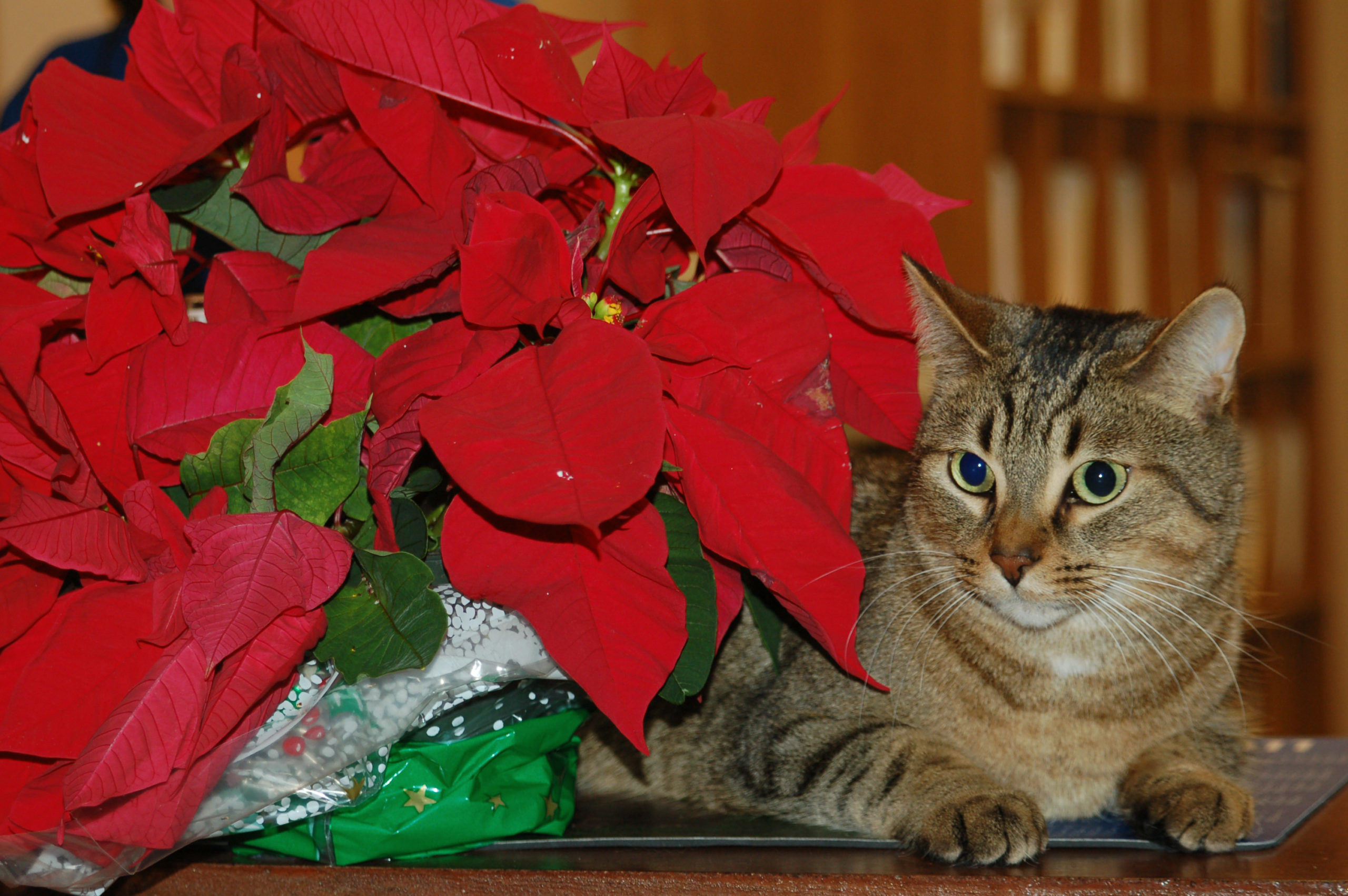 The worst a poor poinsettia will do is cause consternation at a spelling bee and a sore mouth or a touch of vomiting if eaten by your dog. They also become extremely unsightly when people refuse to throw them out by July – are you reading this Dad?

So, when pet-proofing your house for the holidays, there are more important items of concern than poinsettias. Let’s look at other potential culprits in the plant category.

A mid-day snack of Christmas amaryllis could send your cat to the emergency clinic. Lilies are even more toxic and can cause acute kidney failure in cats. Lily-eating dogs will likely escape with just an upset stomach.  Other festive plants such as mistletoe and holly are only marginally toxic, but a bit worse than poinsettias.

Christmas tree tinsel should be banned outright from homes with cats. A few strands eaten could mean a painful death or expensive surgery if they get bound up on the way through the digestive system and what kitty can resist those shiny dangling temptations. Also in the tree corner, be careful to keep plain fresh water in the reservoir. It’s ok to add some sugar if that’s still considered helpful for the tree, but don’t use fertilizer in case a thirsty pet gets at it.

All varieties of chocolate should be banned outright from homes with pets. Obviously, I’m kidding here, but please keep the Christmas goodies away from the dog and cat. 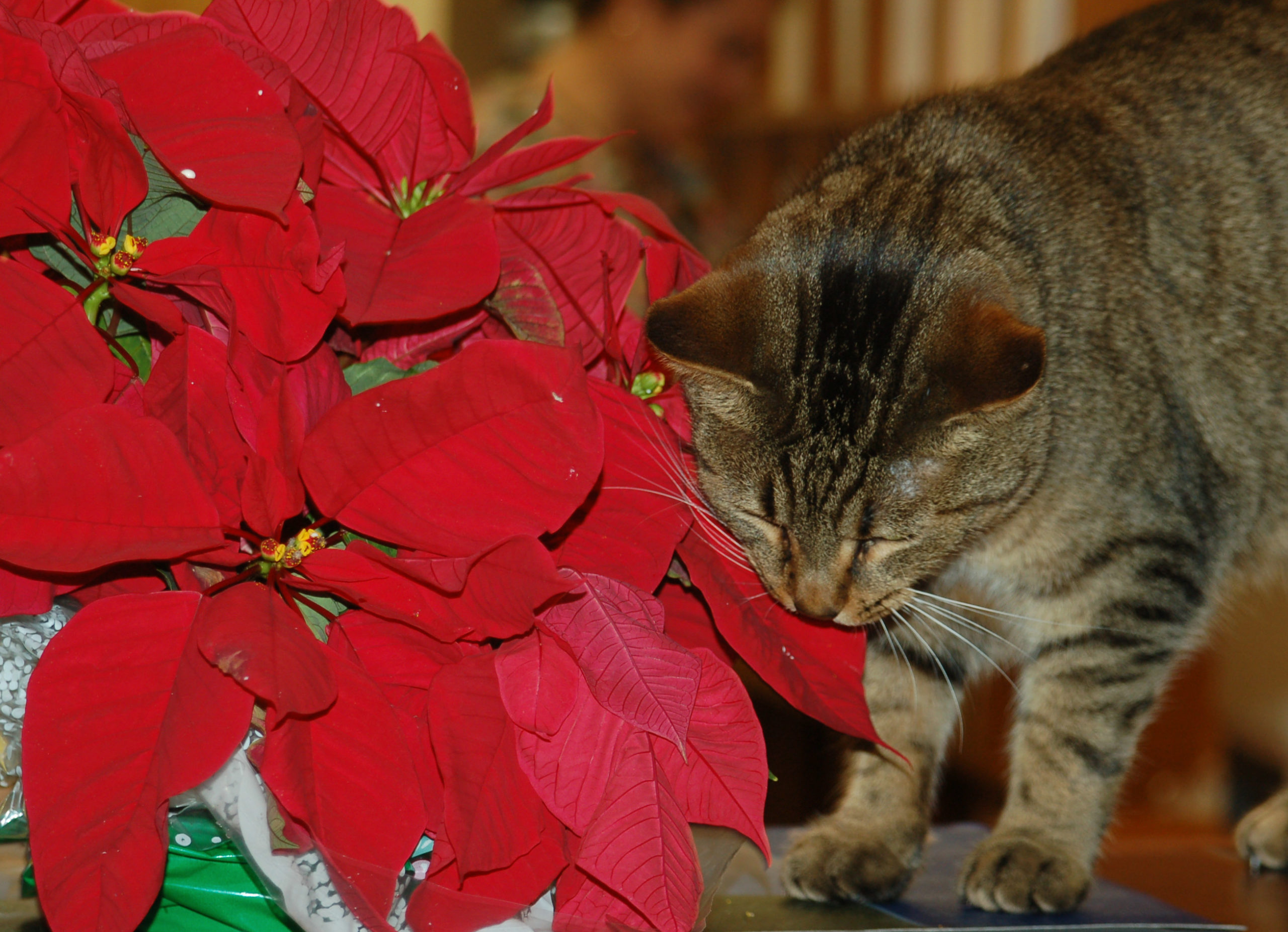 The toxicity level of chocolate is often overstated. A small piece of milk chocolate would barely make a Chihuahua burp, but the potential for disaster with larger quantities warrants extreme measures. The darker the chocolate, the more poisonous it is and baked goods are among the worst culprits. Don’t take chances. If your dog eats chocolate, call your vet’s emergency service for advice. The same applies to cats, but they are much less likely to eat the stuff.

Christmas can be a dangerous and stressful time for our fuzzy friends. Visitors come and go, leaving the door open for escapes and disrupting routines. If they don’t have pets, they may inadvertently leave medications or other potential toxins around. Be vigilant, but making them leave the gift poinsettia in the car is probably overkill.

More Christmas safety advice for pet owners is available on the web: