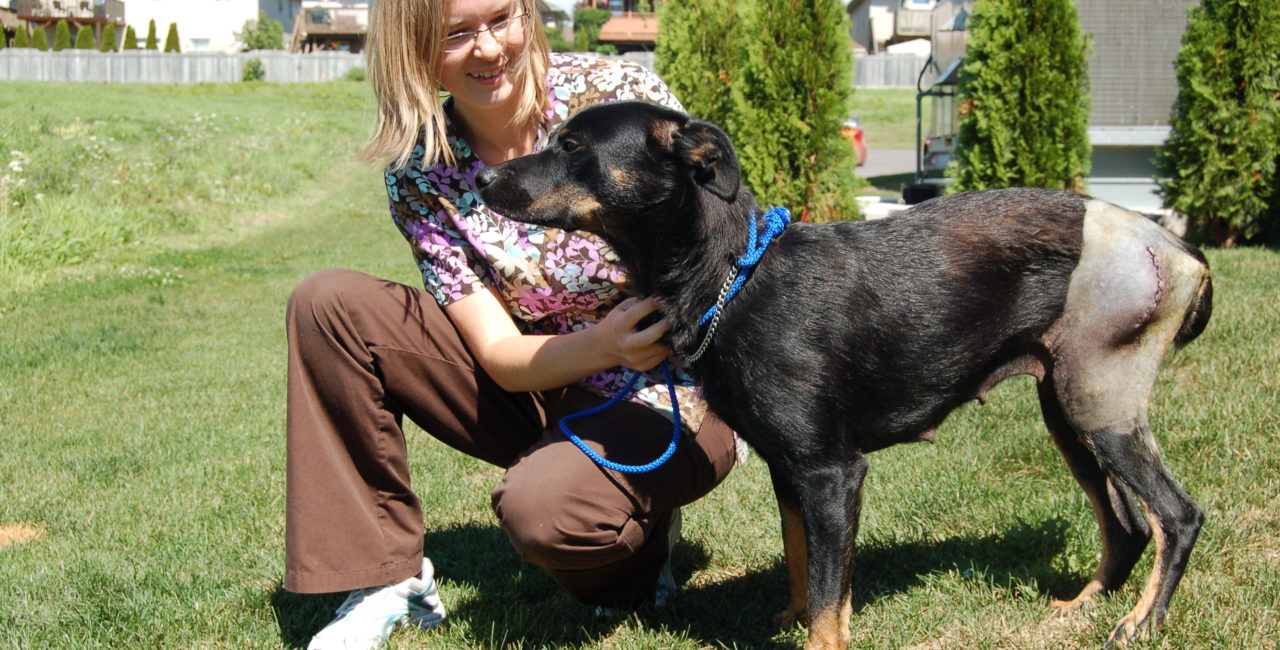 Who needs that hip joint anyway?

Old people may be at high risk for breaking their hips, but dogs and cats are prone to these fractures at all ages. Fortunately, when you’ve got four legs instead of two, there is a relatively simple fix for the problem.

The hip joint is basically a ball and socket affair. The thigh bone or femur has a ball at the top that fits into a socket in the pelvis. Most hip fractures in humans occur when the bones get weak with age and there is trauma from a fall. Animals don’t fall down a lot, but they do get hit by cars.

The first orthopaedic surgery I ever did was on “Horton”, a stray cat that tangled with a car and had the ball of his femur broken off. This is the most common type of hip fracture in companion animals and accounts for about half of the 350,000 human cases reported in the United States last year. Horton, I’m pleased to say, did very well after surgery to remove his hip joint, a procedure called a femoral head ostectomy (FHO).
Yup, in animals we often just take out the broken ball, smooth the femur off and a few months later, you’d have to look closely to notice anything is wrong. The smaller the animal, the more likely the procedure will work and it’s also effective for severe arthritis from hip dysplasia. Human size and conformation mostly precludes FHOs in people, instead we are given artificial ball replacements or the breaks are repaired with pins. Veterinary surgeons also offer these more sophisticated options for dogs and cats, but the price tag is often out of reach.

That was the case for Star, a young 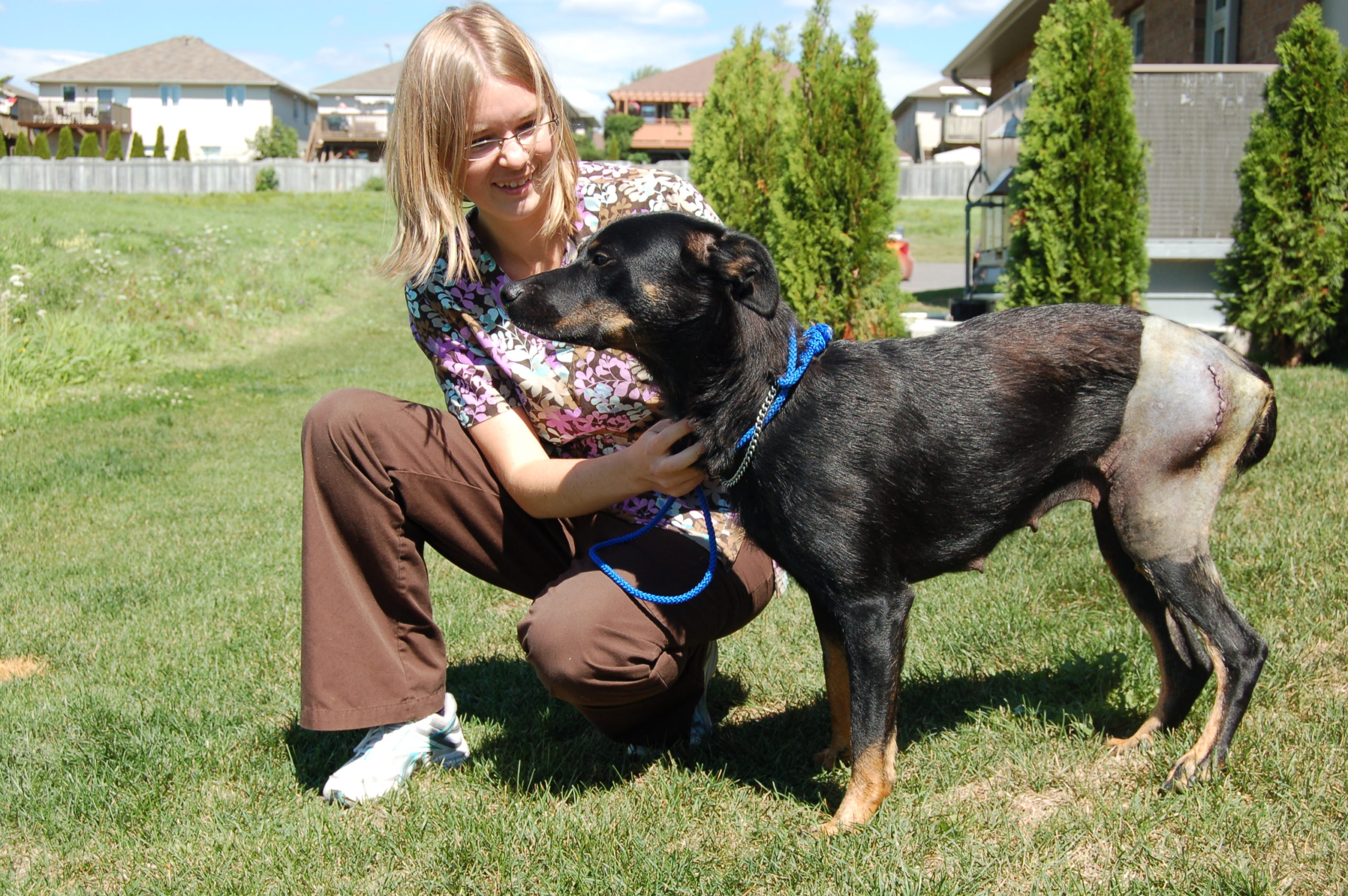 Rottweiler-cross recently surrendered to the Quinte Humane Society.At Hillcrest, we try to do one major surgery a month free for the shelter and Star was the pick for August. The cause of Star’s injury is unknown, but it must have happened some time ago. The muscles in her left hind leg have shrunken dramatically from lengthy disuse.

Just three days after the surgery, she was starting to use the injured leg. There are rarely complications from an FHO although sometimes a surgical adjustment is needed. Star will need several weeks of stretching and exercise, but she should have a long happy life ahead. With her sweet temperament, no doubt she’ll easily find a home.