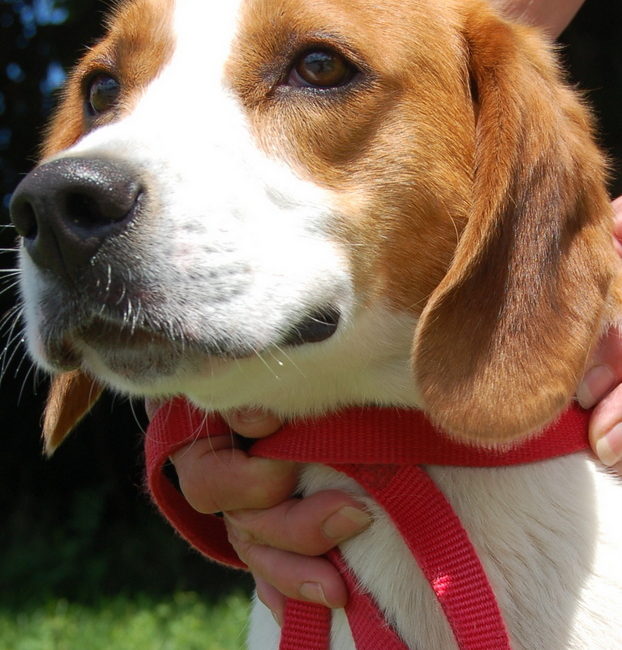 Years of saving strays down to one last hound.

This was supposed to be an article about how to find your lost pet, focusing on a runaway hound named Ralph. But let’s stray a bit ourselves and start with a story about the people who found Ralph.

Over the past several decades, two very private people have quietly been helping hundreds of local stray dogs and cats find their way home. For the abused and abandoned, places better than “home” were found. Whether it meant medical treatment, surgery or weeks of boarding costs, Ralph’s rescuers always went the extra mile. Extremely shy of attention, their only motivation has been to help the animals. For this story, I’ll call them Ben and Janet. Let’s be corny and make it Ben and Janet Dogood.

Sometimes Ben found a dog on the road. I often marvelled at how often that could happen to one man. On a regular basis, Janet went out to pick up strays from people who called because they knew the couple would help. Through the years, they have helped to the tune of many many thousands of dollars. The Dogoods are not hoarders. To my knowledge they have never kept more than three dogs and a similar number of cats at their home – all their own pets, spoiled, well-loved, mostly rescues. The strays were generally cared for elsewhere, often at expensive accommodations. The Dogoods are not wealthy.
Ben jokes that he’s never met a dog he didn’t like, but can’t say the same about people. Gruff, tough talk from someone who’s always got a helping hand for the neighbours and coffee money for the staff at the many veterinary clinics where the Dogoods have taken their charges. Janet has been tireless in shuttling animals around, checking leads on their owners, placing ads, feeding kittens too young to be boarded.

Well into retirement age, Ben still helps the neighbours with chores every morning, but there have been fewer dogs on the road in recent years. The kitten supply, once seemingly endless, has dwindled. Janet has had time to focus on caring for family. Then along came three hounds, Ralph the most recent. While examining one of the dogs, I mused to Janet, “Why does it take people so long to find their pets?”.

Why does it? The first two hounds were claimed, but only after many phone calls and several newspaper ads were placed. The dogs were reported to local shelters and vet clinics. Internet sites were notified. Still, it was two weeks before the owners were found. One dog, obviously missed, was reunited with a tearful, overjoyed child. Ralph, a young intact male has now been on the lam for at least three weeks.

If you lose a pet, notify all shelters and vet clinics in the area. Post pictures on the Lost Cat Network or the Quinte Lost Dog Network. Get the word out on Facebook, Twitter and Kijiji, enlisting help from web-savvy friends if needed. The amazing Fixed Fur Life (FFL) organization has a great list of todo’s for finding pets on its website. If you don’t have internet access, it is vital to get help from someone who does. Don’t forget the local press. Radio stations and newspapers often run free “Found Pet” ads. The internet may reign supreme these days, but it was newspaper ads that helped locate our hound-dogs’ owners.

Lost cats are hardest to find, in part because they have an unfortunate habit of hiding when scared. For help finding a cat, I once again refer you to the FFL website for an excellent list of unique steps to take.

As for the Dogoods, Ralph will likely be the last in the long line of lost local pets lucky enough to fall into their hands. They will soon be moving out of the area — a sad loss for us all, two- and four-leggers alike.