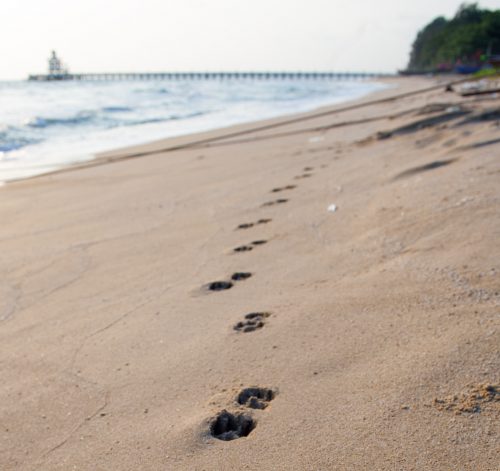 Bennie And The Hip Monsters!

Bennie-Ben-Ben (that’s what we call him most of the time) is a 4 year old Yorkshire Terrier that was turned in to the Save-My-0Tail Rescue by an owner that could no longer take care of him. My wonderful wife who works with many rescue groups including Save-My-Tail, “volunteered” us to be a foster home for the little man.

He has been at our house for about 6 weeks now I think…
Bennie had a number of serious issues that were making his life difficult, making him what we in veterinary medicine call “high maintenance”. The first was his size. When he showed up at our house Bennie weighed over 9 pounds. He was HUGELY obese. So we put him on a diet. The second problem he had was severe dental disease, as his teeth had received no care at all and his diet had been inappropriate. So we cleaned his teeth and removed the unhealthy ones. His third problem was a breathing problem he had that was misdiagnosed as a collapsing windpipe.

His problem was actually being caused by a combination of his obesity and a soft palate that was too long. The increased pressure that he generated to breath when he got excited then caused his windpipe to close up a bit making a characteristic sound we associate with a collapse (we call it “honking”). However, with his weight off (he now weighs a svelte 6 pounds and 11 ounces!) and his teeth fixed up, he only has episodes of ”honking” when he gets really excited… which is easy for him to deal with. His final, and most serious problem, was severe (and I do mean SEVERE) hip arthritis causing him chronic pain.

Our little buddy Bennie has lost a lot of weight, has recovered very well from having his dental issues fixed and is quite a going concern at our house. He now eats Hill’s Prescription Diet T/D like all of the rest of our little pack and he really enjoys chewing on them. It is actually a lot of fun to watch him eat as he seems to enjoy it so much. So today Mr. Bennie was brought in to Hillcrest to address his final remaining problem. He is here to have surgery performed on the worst of his severely arthritic hips. Visually it is difficult to call one worse than the other, but the right one is the one that he seems to hold up more often when he is standing, so that is the one we are doing first.

The surgery we performed today is called a Femoral Head and Neck Ostectomy, otherwise known as an FHO. In this procedure we literally remove the ball and supporting neck of the ball-and-socket joint that makes up the hip joint. This removes the source of pain in the hip (the grinding of the arthritic surfaces together) in the patient and they function very close to 100% normally afterwards in smaller animals. It is a procedure we perform when the hips are so badly arthritic that nothing short of an artificial hip replacement would help. Luckily cats and small dogs do exceedingly well with this procedure as their muscles and the joint capsule are more than strong enough to bear their weight when they have healed from the surgery. This results in them having completely pain-free mobility in their hind end. This procedure is even occasionally performed in medium-sized and even large dogs as a last option and will often work for them as well.

In the next few weeks we will be performing some physiotherapy with Bennie encouraging him to use the leg more normally. He has walked with a very stiff, restricted gait for a long time and it will take a while to convince him that he can flex and extend his hip joint. Once he is using his right leg consistently and without pain we can consider bringing him back in and performing the same procedure on his left hip.

Keep your fingers crossed that he has a nice, normal post-op recovery because once he has healed he will be pain-free in his hind end for the first time since he was a puppy!
My wife and I (and our son), and probably every other person that Bennie has had in his life, are looking forward to that day as he is a very sweet, special little guy.