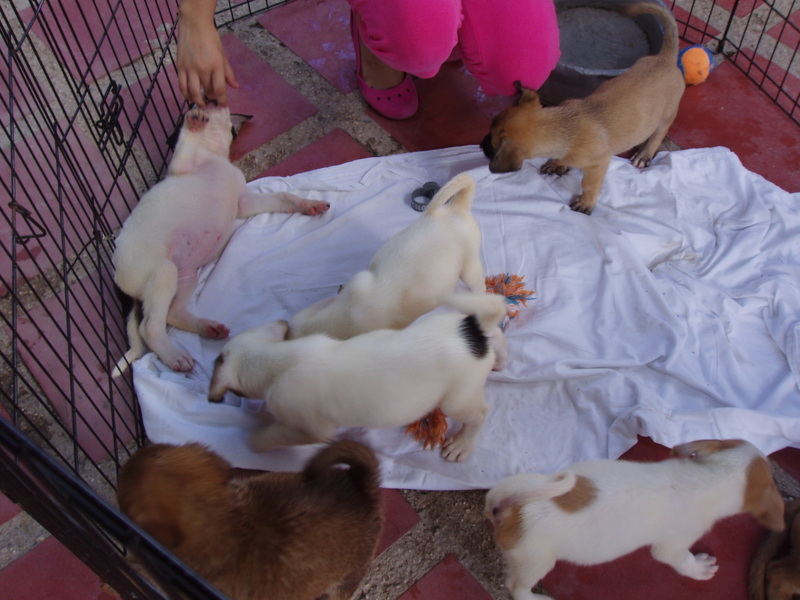 Christmas At The Cozumel Humane Society

Christmas in 2013 was a bit different for my small family. My wife wanted “Christmas with palm trees” so we decided to spend our Christmas in Cozumel, Mexico instead of here. We had been there before and enjoyed it very much. The island is full of wonderful people of Mayan descent and has a very relaxed atmosphere (and I get to scuba dive!). Also my wife had a very good “long-distance relationship” with an incredible Canadian lady named Andrea who has run the Cozumel Humane Society for the last 14 years. A number of the rescue groups my wife works with are involved in helping out this particular humane society, which is where my wife’s contact with her began.

Two days after the three of us arrived in Cozumel we took a taxi in to the “Sociedad Humanitaria de Animale” (I am sure I have this wrong somehow) in San Miguel and met Andrea personally. What a wonderful person she is… my wife was right! She was nice enough to take a few minutes and give us a tour of the facility and introduce us to her staff. The facility itself is typical of the construction down there being mostly constructed of concrete with some wood framing. I was actually quite impressed with how clean and well-maintained it was for that humid climate. The animals were kept in “separate” run areas with small common areas and a larger common area in the middle were the more sociable ones could play together and interact with people. The place was crawling with volunteers and workers, including a lovely young girl who was very busy socializing a litter of puppies. 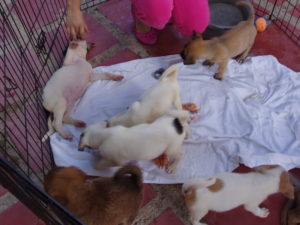 The major purpose of our trip, besides meeting Andrea, was to take down a bunch of donations to help these folks out. They actually have a list of needed items on their website which we used to make our own list. Thanks to the generosity of some of our suppliers we managed to amass an entire suitcase full of donations for the humane society, including some short-dated heartworm tests and a badly-needed microscope that we donated ourselves. Special thanks go out to Boehringer for providing a whole pile of Metacam, Pfizer for providing Revolution and Dexdomitor and Merial for providing Heartgard and two huge bottles of Ivomec (which were particularly appreciated by the vets). A number of the rescue groups also helped by donating a whole bunch of collars and leashes that were also very much appreciated. It was heart-warming to see the technicians giggling and playing with their “new” microscope as they ran around looking for appropriate samples to examine. During our tour Andrea showed us their old one… it was pretty banged up. 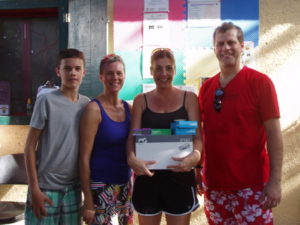 Andrea has 3 veterinarians who work at the facility, some very dedicated technicians and a number of volunteers. We would have taken a picture of all of them together but they are an extremely busy bunch and it seemed you never saw more than 3 or 4 of them in one spot at one time, and that spot was re-filled constantly by new ones! Six days a week this facility performs free spaying and neutering of animals to help combat the chronic “street animal” issue that is rampant in most of Mexico. People are very reluctant to neuter their pets in some areas of the world regrettably and it leads to huge stray animal population problems. They also perform “sterilize and release” procedures on the stray cats and dogs they can catch that cannot be “rehabbed” for placement in new homes. 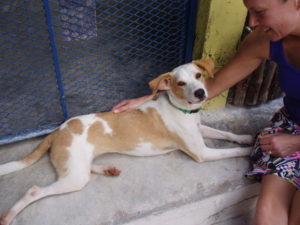 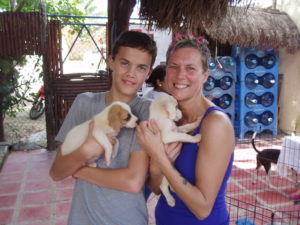 I am pleased to say that their approach certainly seems to be working as we only saw one stray dog the entire time we were down there (it hangs around the airport, looks incredibly healthy, and they have been trying to catch him for months so that they can neuter him).

Please consider donating to these folks or to a similar humane society to help them out. They are fighting a truly good fight and could use every penny they can get their hands on.

I hope your Christmas was as rewarding to you as this one was to us. Have a wonderful New Year!