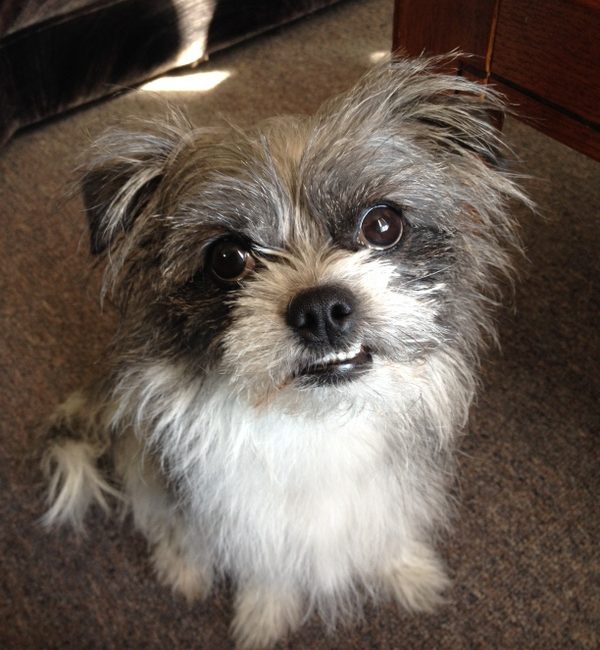 This pretty little ball of fluff is Meeko.

Meeko has a problem…

She is an addict… 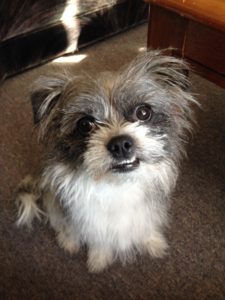 Seriously though… Meeko had to go to the emergency hospital this past week because she overdosed on mushrooms. Yes, “those” kind of mushrooms. This is Psilocybe semilanceata, one of the so-called “magic mushrooms.

Contrary to popular opinion, they certainly do grow here in Ontario, as Meeko and her owner found out. They grow in the grass on your lawn and tend to be around early in the morning and late in the cooler evenings as they are a very tiny fragile mushroom that dries up and dies off quite rapidly in the heat of the sun. As the owner of Meeko described them, “they are tiny brown mushrooms with a pointed cap”.
We believe that poor little Meeko got into quite a few of them and was hospitalized overnight at the emergency hospital. She came to us at Hillcrest the next morning for us to evaluate her and seemed to be well-recovered. We monitored her through the day and re-checked her bloodwork which was all normal. So far all is good. These mushrooms are toxic however and can cause liver failure, so we will be rechecking her bloodwork again next week.
Why did she eat them? One of the nicknames of this group of mushrooms is “sweet mushroom”, so they do not taste bad at all apparently. The symptoms she presented with were extreme drooling, nausea and vomiting, dilated pupils and of course… stoned out of her little mind. Poor little girl. So keep your “Meeko’s” out of little tiny mushrooms or you may be in for an expensive trip to the emergency hospital.
Always remember that our local emergency hospital is the Pet Hospital of Prince Edward and Hastings County (613-968-9956). The hospital is located on the southern edge of Belleville at 5529 Hwy #62, just over the Bay Bridge in the Prince Edward Plaza in behind the Petro-Canada station. You can always access this info on our website by clicking on the link at the top of our cover page.