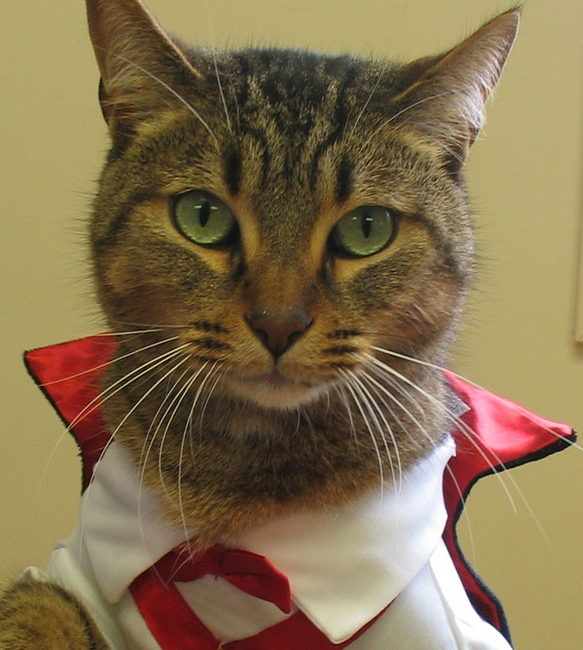 Halloween season is one of the busiest times of the year for veterinary emergency clinics thanks to seemingly innocent treats like chocolate, gum and those mysterious raisins.

Although warnings go out every year at trick-or-treat time, inevitably dog meets chocolate and the outcome is not pretty. Even at fairly small doses, a chemical called theobromine in chocolate can cause vomiting, diarrhea, hyperactivity, tremors leading to seizures and abnormal heart rhythms. If enough theobromine is eaten, it can kill.

As with many poisons, chocolate toxicity is all about dose. It can even poison people if we eat enough of it, but fortunately we metabolize and detoxify it much more quickly than dogs do. Besides, few of us would eat pounds of the stuff at one sitting. Can’t say the same for most of the Labradors I know.

The amount of theobromine in chocolate increases with its darkness. Milk chocolate contains 44 mg per ounce. Baking chocolate has 390 mg. The white kind contains almost none of the toxin. It takes about 10 mg per pound of body weight to create mild signs in dogs and twice that could kill your pet. Induction of vomiting within an hour or two of a poisoning is usually helpful. Signs of toxicity may take four days from the time of ingestion to resolve, so treatment in hospital may be prolonged.

Many types of pets including cats, rats and even birds are sensitive to chocolate, but fortunately, they tend not to be as attracted to the stuff as are dogs. Rabbits are highly susceptible to chocolate poisoning and may get sick from even a tenth of the dose affecting other species. 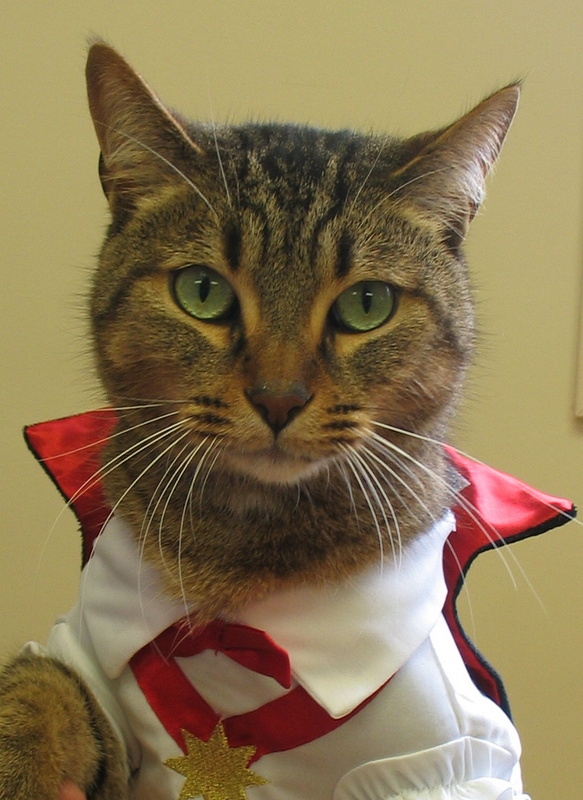 Interestingly, pigs seem to have the same high tolerance level as humans, a fact of largely academic interest unless you are a farmer feeding bakery waste. The pet pig fad never really amounted to much around here.

Raisin toxicity is weird and complicated. Some dogs will suddenly develop severe kidney failure after eating only a few raisins or grapes, while others can eat cupfuls without so much as a burp. We don’t even know how the poisoning occurs, speculating there may be a pesticide or fungus involved. Cats may also be susceptible, but raisin-eating kitties being a rarity, it has been difficult to prove either way.

Another scary treat in the Halloween bag that is surprisingly toxic is gum or candy sweetened with xylitol. Even one or two pieces can put a dog’s blood sugar into a nosedive. Higher doses may cause liver failure, bleeding, and death. Vomiting is often the first sign pet owners see, along with diarrhea, weakness and collapse. Specialists are calling xylitol poisoning of dogs an “epidemic” in North America.

If you suspect that your pet has been exposed to a toxin, contact your veterinarian immediately. Advice and information is also available for a small fee at the Pet Poison Helpline – 1-800-213-6680.